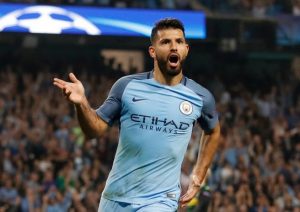 Sensational claims are coming from Spain and a Diario AS journalist Manu Sainz who claims Pep Guardiola is ready to sanction Sergio Aguero’s summer transfer to Chelsea.

The Premier League champions are in the market for a new striker after Antonio Conte informed Diego Costa he is not in his plans for the new season and after the Spanish striker already hinted on the social media that he is on his way out of Stamford Bridge.

“I have been informed Chelsea wants to sign Aguero. Guardiola would have already given OK to the operation.”, AS journalist Manu Sainz tweeted.

The Argentine ace Sergio Aguero has been linked with a move away from the Etihad ever since Pep Guardiola brought in Gabriel Jesus, who was the Spaniard’s preferred option upfront until he suffered an injury which ruled him until the end of April.

Guardiola insisted he had nothing against Aguero, but the Spaniard seemed unhappy with his striker’s contribution in defence and overall movement in the final third.

The City hero who will always be remembered to his Premier League winner against QPR in 2012 could be on his way out however as Guardiola does not rate him that highly anymore.

Chelsea have already brought Antonio Rudiger and Tiemoue Bakayoko as they look to reinforce their squad ahead of the title defence.

The Blues are given 7/2 betting odds to lift the trophy again this year.