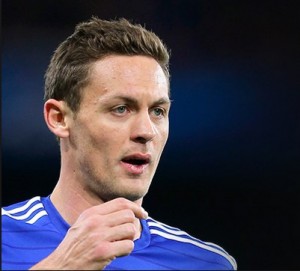 Premier League outfit Chelsea have been heavily linked with a move for Valencia rising star Andre Gomes who is subject of a reported bid in excess of £40 million from the Blues and with Antonio Conte looking to reshape his midfield plenty of questions were asked over the future of Serbian midfielder Nemanja Matic.

The 27-year-old holding midfielder has endured a difficult season having suffered an alarming drop in form at Stamford Bridge and he has been heavily linked with a move away from London.

Juventus are believed to be closely monitoring the situation regarding the Serbian international, who is viewed as perfect replacement for Paul Pogba.

Italian champions are exploring a possibility of submitting an offer for the Chelsea man, who would be a huge signing for Bianconeri’s weakened midfield, but Antonio Conte appears to be keen to keep Matic in.

Italian journalist Gianluca Di Marzio claims that Conte has taken Nemanja Matic off the market adding that it will get extremely difficult for Juventus to land the 27-year-old midfielder.

Previous reports claimed that Chelsea would be willing to let Matic go for a fee around €20 million.

What is more, Matic’s former boss Jose Mourinho was also believed to be looking into bringing the 27-year-old to Old Trafford, but that appears to be no longer the case as Antonio Conte sees the Serbian international as integral part of his team.

Nemanja Matic has been with Chelsea since his 2014 return to London.