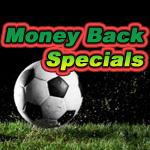 One of the reasons why Paddy Power has gained such a wide acclaim in the betting industry are their famous refund offers that have been adopted by several other well-known bookmakers. The Irish bookie still leads the way when it comes to Money Back Specials, which will be regularly featured on our page, but you can be sure that other bookmakers staging similar betting offers will also be well represented. It is important to note that these promotional offers usually guarantee full refunds with no wagering requirements attached to them.

These bet refunds give bettors a unique chance to get their cash back even if their bet loses, which sounds like a good consolation prize. Some Money Back Specials will give you your stake back if the game finish goalless, others will do the same if your bet is winning at half-time but loses eventually, and it is nice to know that certain bookmakers will give up their own profit just to make your life better. It is things like this that show that not all online bookmaker are only there to rob you of your money, so no wonder that the majority of online punters enjoy taking advantage of these bet refund offers.

Quick Bookmaker Finder
Tottenham v Manchester City Special
Revived Tottenham Hotspur play host to high-flying Manchester City looking to get revenge on the Citizens for the embarrassing 6-0 defeat in the reverse fixture. With both sides on top of their game at the moment, everything suggests we will see a real spectacle of football at White Hart Lane on Sunday evening. As you
Read More
Liverpool v Everton Red Card Refund
With both sides locked in the battle for a top 4 finish, Tuesday’s clash at Anfield promises to be one of the most entertaining Merseyside derbies in recent history. Considering that stakes are extremely high for the two teams, chances are we will see another nervy affair and with that in mind BetVictor has a
Read More
Man Utd v Sunderland Capital One Cup Special
Out-of-sorts Manchester United host Sunderland in the second leg of the Capital One Cup semi-final clash hoping to overturn a one-goal deficit from the first leg. The Black Cats carry a 2-1 lead into the return match at Old Trafford and aim to pour more misery on their more illustrious opponents. Having lost four of
Read More
Chelsea vs Man City Refund
Title contenders Chelsea and Manchester City are set to contest arguably the most interesting match of Sunday’s programme, with both sides hoping to build on some scintillating displays of late. The Blues go into the game one point clear of their rivals, but I wouldn’t really bet on them walking away with all three points.
Read More
Champions League Draw Refund
The Champions League group stages finally kick off on Tuesday 17th September, with some exciting matches in front of us. There will be no less than four sides representing the English Premier League, with all of them tipped to reach the final stages of the competition. If you are looking to place your bets on
Read More
Goalscorer 2nd Chance Refund
The new football season has just kicked off and William Hill has made sure all their customers have been given an extra incentive to place their bets with this high-profile bookmaker. Their latest promotion is heavily linked with the first goalscorer bets, so listen up if this is one of your favourite markets. Second goalscorer
Read More
UEFA Super Cup Money Back
Chelsea are set to contest the second UEFA Super Cup trophy in as many years, this time as Europa League winners and they will be hoping to make amends for the 4-1 defeat to Atletico Madrid last term. This will be the first opportunity for Jose Mourinho to lift a trophy upon his return to
Read More
Champions League final refund
German giants Bayern Munich and Borussia Dortmund square off at Wembley in one of the most highly anticipated Champions League finals ever. An enthralling encounter is expected in London, and nobody would be surprised if the team that take the lead do not end up winning the trophy. If either team come from behind to
Read More
Europa League final Special
Chelsea look to add the only missing European title to their trophy cabinet by beating Benfica in the Europa League final in Amsterdam. Benfica may have lost both legs as the two sides met in the Champions League quarter-finals last season, but the Eagles are certainly not without chances here. If Chelsea don’t win the
Read More
Man Utd v Swansea Special
The match against Swansea will see Sir Alex Ferguson say goodbye to fans at Old Trafford after 26 years in charge and his players will want to put on a show. There is unlikely to be the need for ‘Fergie time’ as the Red Devils should be a couple of goals up by injury time,
Read More
Page 1 of 2312345...1020...»Last »
Hot Offer This Month!
Full Bet Refunds with Money Back Specials

The bookmaker cashback offers have become one of the most popular stand out features in the world of sports betting and instead of two outcomes – win and lose, we now have three – win, lose and money back. Paddy Power has introduced these special promotions to the market, but few others have followed in their footsteps after seeing how popular these moneyback special offers have become among the online bettors. The bookmakers are now finding new ways to refund some losing bets, meaning you will not have lost your money if you have just one losing selection on the betting slip or if your accumulator is winning at half-time but losing when all matches finish. The bet refund offers are certainly becoming more popular by the minute and you can stay in touch with the latest refund promotions by regularly checking this page.

You should bear in mind that these betting offers only apply to single bets, while the bookies are prepared to refund your stake only up to a certain amount, which is specified in the offer’s terms and conditions and is usually not higher than £200. Nevertheless, if you are one of those bettors who only bet on singles, getting your stake back every once in a while even when your bet has lost can make a very positive difference to your bankroll. While the betting cashback offers were first introduced in football, they now span across the entire sportsbook, and are especially popular among horse racing bettors. 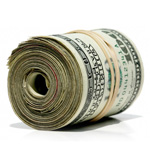 The bookmakers now offer refunds if the horse you have backed falls or gets disqualified, while refunds are available on the biggest events from other popular sports as well.

The most reputable online bookmakers that regularly feature refund promos include Paddy Power, Bet365, Sportingbet, Titan Bet, Ladbrokes, 888Sport and Bet Victor, and considering that these bookmakers are also top of the market when it comes to sports betting, it really pays off to have an account at one or all of these gambling venues. There is every chance that betting will never be the same once you start enjoying the Money Back Specials, and the best thing here is that the latest betting offers will always be just a click away. All you have to do is stay tuned to this section of our website and see which promotional offer can give you extra value for money.