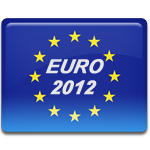 European Championship in Ukraine and Poland is just around the corner and realizing that this is going to be one of the most popular sporting events for sports punters all around the world, we had no choice but to create a special section dealing with Euro 2012 Betting. European Championship 2012 kicks-off on 8th June with the game between hosts Poland and Euro 2004 champions Greece and it ends on 1st July with the final at Olympic Stadium in Kiev.

Sixteen teams are divided in four groups of four teams, with Group B, containing sides like Germany, Netherlands, Portugal and Denmark, already dubbed the group of death. With the final draw already made, punters from around the world can take early prices on all three rounds of group stage, or simply place outright bets on their tournament favourites. Regardless of the markets of your choice, be sure that you can find the best Euro 2012 odds right here on FreeBetting.com.

UEFA European Football Championship is the biggest as well as the most important competition in Europe involving the national teams and it has been established in 1960. The tournament has been held every four years ever since, always between two World Cup tournaments, with no less than nine different teams winning thirteen European Championships. Germany are the most successful team with three trophies, followed by Spain and France, with two titles each. The 2008 European Championship, which was held in Switzerland and Austria, was won by Spain, after La Furia Roja beat Germany 1:0 in the final game.

The competition format kept changing throughout the history, with only four sides taking part in the final tournament before 1980. From 1980 to 1992, only eight sides took part in the tournament finals, and from 1996 onwards the tournament expanded to 16 teams. European Championship in Poland and Ukraine will be the last one with 16 participants, seeing that the number of national teams will increase to 24 from 2016.

Euro 2012 in Poland and Ukraine could be one of the most interesting tournaments in history, seeing that there are at least six teams with title ambitions. If you are looking to place an outright bet on the competition winner, you should know that Euro 2012 Betting Odds show that reigning champions Spain are considered the number one favourites, which is hardly a surprise when we know that La Furia Roja are also reigning World Cup champions. Other candidates for the trophy include Germany, Netherlands, England, Italy and France, whereas Russia, Denmark and Croatia are seen as dark horses.

There’s more to Euro 2012 Betting than just outright betting, and you should be aware that the best betting odds for numerous Euro 2012 markets can be found right here on our website. You can access the odds offered on various markets through our Odds Comparison Finder, which is designed to deliver the latest odds from top sports betting websites. All you have to do is select the betting market of your preference and click Go, and the best odds on the market in question will appear in no time.