The speculation surrounding the manager’s position at Stamford Bridge has been rife ever since former midfielder Roberto Di Matteo took temporary charge eleven weeks ago.

The Italian capped off an impressive spell in charge in dramatic circumstances in Saturday evenings Champions League final, defeating four-time winners Bayern Munich in the Allianz Arena on penalties, and securing Chelsea’s trophy in doing so. 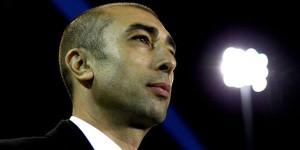 This added to their FA Cup final victory over Liverpool earlier in the month, however the general consensus was that Di Matteo would have to be victorious in Europe to have any chance of being appointed manager on a permanent basis, and now that he has, his odds have plummeted dramatically, with Bet 365 offering a price of 1.62 (8/13) that he will be in charge of the Blues next season.

Next in line is fellow Italian Fabio Capello, who has been out of work since relinquishing his duties as England manager back in February.

There a few managers currently out of work who have a more impressive resume than Capello, who has won numerous league titles with AC Milan, Roma, Juventus and Real Madrid; as well as the Champions League with Milan in impressive style, beating Barcelona 4-0 in the 1994 final in Athens.

Bet 365 have the best odds of 4.33 (10/3) that 65 year old will become Chelsea’s next manager, a position that would most probably be Capello’s swansong.

After an up and down season, Tottenham Hotspur’s Harry Redknapp is an 11.0 (10/1) shot with Stan James, whilst Pep Guardiola is also in the running at 13.0 (12/1), despite publicly announcing his desire to take a break from the game. Other names in the frame are France coach Laurent Blanc and former Liverpool boss Rafa Benitez, with Chelsea captain John Terry a rank outsider at odds of 81.0 (80/1) with Paddy Power.

Having just signed an extended contract with Real Madrid, former Blues boss Jose Mourinho seems to be out of the running. However, if you are tempted to back a dramatic U-Turn, Paddy Power are offering odds of 101.0 (100/1) that the self-proclaimed Special One will return to the club as their next permanent manager.