The 65 year old had guided the North London club to a second fourth place finish in three years, though they failed to qualify for next season’s Champions League due to Chelsea winning the trophy last month. 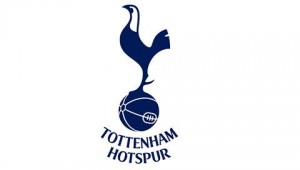 Redknapp was the overwhelming favourite to become the England national manger following the resignation of Fabio Capello in February, something which many argue disrupted to form of his club; Spurs having fallen from genuine title contenders to only securing fourth position on the final day of the season.

Following a thirty minute meeting with Chairman Daniel Levy, it was made clear that Redknapp’s services were no longer required, leaving yet another Premier League management vacancy this summer.

The 34 year old has been out of work since her was relieved of his duties at Stamford Bridge in March, and was recently linked with the vacant Liverpool managers position, which was recently filled by Brendan Rodgers.
David Moyes, who last season celebrated 10 years in charge of Everton, is next in the list, at odds of 5.0 (4/1) with Paddy Power among others.

The Scotsman has often been linked with a move to one of the Premier Leagues top six clubs, and was expected to be approached by Spurs had the FA decided to offer Harry Redknapp the England job.

Wigan’s Roberto Martinez was also linked to the Liverpool job last month, and like Moyes is often been tipped to move to one of the league’s elite.

The Spaniard is 7.0 (6/1) with Paddy Power to take over at White Hart Lane, though he has recently stated his intention to stay in his current position.