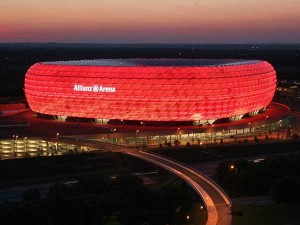 With Spanish giants and perennial favourites Barcelona and Real Madrid eliminated, an emotive but tight Champions League final between Bayern Munich and Chelsea is expected on May 19th. The German side will go into the fixture full of confidence as they play at their home ground, whilst Roman Abramovich knows that he is 90 minutes away from the trophy that he has yearned for since buying the Stamford Bridge club. It is difficult to know which side to back in free bets, but an entertaining and close final is in store at the Allianz Arena.

Bayern have had this season’s Champions League earmarked since the venue was decided, and the Bavarians are eager to be crowned Europe’s top team and end an 11-year wait to lift the trophy. Jupp Heynckes’ men have not had an easy road to the final by any means, and have showed determination and quality throughout the campaign. To top the ‘group of death’ was no mean feat, which eliminated Manchester City, whilst the Bundesliga giants also fought back from a 1-0 first leg defeat to Basel in the last 16 to hammer the Swiss side 7-0 in the reverse fixture, and put a marker down for all to see.

After the routine dismissal of Marseille in the quarters, Bayern showed heart and resolve to get through their semi-final with Real Madrid. To score in the last minute of the first leg, and come back from two early goals in the away fixture shows the passion and drive of Die Roten, who will stop at nothing to be champions. Any question marks over the outfit’s defence seem to be set to the side, whilst the hosts have a wealth of match-winning talent in midfield and attack. After more than a million Bayern fans have applied for Champions League Final tickets, there are no doubts as to which side can hope for a bigger support on May 19th.

Bayern’s home advantage in the final will give them belief that this is their year for glory and the Bavarians are 1.83 (5/6) to triumph in regular time. The German team have won every game in the Champions League at home this term, scoring 19 goals and only conceding four times. The Bavarians last European triumph came when they beat Valenica in the 2001 final on penalties at the San Siro. This time however, Heynckes’ men will be without Luiz Gustavo, David Alaba and Holger Badstuber for the final, who are all suspended.

Chelsea’s journey through to the final has been remarkable, with the English team fighting back from the brink and ousting Barcelona to deservedly take their place in the game. Andre Villas Boas’ ill-fated spell as club manager saw the Blues progress through Group E despite a few hiccups, but all looked lost after a demoralising 3-1 defeat to Napoli in San Paolo in the last 16. However, with the hiring of Roberto Di Matteo, Chelsea fought back to beat Walter Mazzarri’s men 4-1 in the home fixture and then confidently dispatched of Benfica.

Revenge was on the cards against Barcelona after previous encounters, and the second leg in particular showed a grit that was not evident in Villas Boas’ reign, and progression with ten men for the majority of the match is a wonderful achievement. The Blues have prayed for European glory after a couple of close campaigns over the last ten years, and lifting the crown would be a tremendous achievement. Chelsea are no less than 2.88 (17/9) to lift the coveted trophy. With the club currently in sixth place in the Premier League, victory would leave their domestic league finish as unimportant, as the club fights for a cup double. Finally, Di Matteo will hope he can deliver Abramovich the most sought-after trophy in the game, which may well see the Italian in the Stamford Bridge hotseat on a permanent basis.

Another interim manager, Avram Grant, led the Blues to the Champions League final in 2008, before they lost on penalties to Manchester United; Di Matteo will look to go one better. Chelsea this term have scored the biggest bulk of their goals in the last 15 minutes, with 29% coming in the last 15 minutes of matches. The side’s defence will be depleted for the final however, with John Terry and Branislav Ivanovic joining Ramires and Raul Meireles on the suspended list.

Bayern enter the game as favourites given their home record and the support of the Allianz Arena crowd. With the likes of Ribery, Robben and Gomez in form, and the side’s defence more stubborn this term, the Bavarians will take some stopping. Chelsea have been anything but predictable this term however, and given their heroics against Napoli and Barcelona, the Blues should not be written off. An ageing squad will look for the greatest of successes, but smart money will be on a Bayern win, potentially 2-1 after extra time.

Compare and find the best Betting Odds for this week's Champions League games
We Highly Recommend These Places
Share your Opinion!