Zidane suggests Paul Pogba could have options with Real Madrid 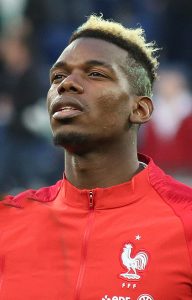 Real Madrid manager Paul Pogba has said that Paul Pogba would be welcome at the club should he decide to leave Manchester United.

The midfielder has continued to reiterate how he would like to play for Real at some point in the future and Zidane has said that the Frenchman could have a place at Real Madrid.

Zidane said: “I know him personally. He’s a different kind of player, he brings so much and there are few players who bring as much as he does.

“He [Pogba] is not part of my squad, he plays at United and what he’s said about Real Madrid and his desire to come here, if one day he gets the chance when he wants to leave United….if, when he finishes his experience at United, he wants to come here, why shouldn’t he come to Real Madrid?”

Pogba is currently enjoying his most profitable season at Old Trafford. In 37 appearances, scoring 14 goals and providing 11 assists.

United are back in action on Tuesday night as they do battle with Wolverhampton Wanderers in the Premier League. Pogba is available at a price of 5/1 with BetVictor to open the scoring at Molineux.