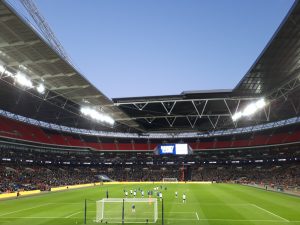 Tottenham Hotspur have an extremely tough task in order to get their first UEFA Champions League victory this season as they face FC Barcelona on Wednesday evening.

Mauricio Pochettino’s troops welcome the Catalans to Wembley Stadium for what should be an extremely intriguing tie.

The North Londoners should have secured their first three points in Europe a few weeks ago at the San Siro but ended up losing to Inter Milan after conceding two goals in the closing few minutes. Meanwhile, Ernesto Valverde’s men begun their campaign in the perfect way with a 4-0 thumping of Dutch outfit PSV at the San Siro.

One aspect that will give Spurs confidence ahead of the match is their stunning win over reigning European champions Real Madrid at Wembley last season. They came away with a fantastic 3-1 victory thanks to a brace from Dele Alli and a further strike from Christian Eriksen. Tottenham are priced at 30/1 to repeat that scoreline against Barcelona.

The last clash between the two sides, a European Cup Winners’ Cup tie back in 1982, ended 1-0 to the Catalans. This result can also be backed at 9/1 with bookmakers Paddy Power.

Despite Barcelona currently being on a three-match winless run, the first time since November 2016, Spurs will have to keep a close eye on their extremely talented attack. They have scored 18 goals in La Liga so far this season, the most in the Spanish top flight. As a matter of fact, they have not yet failed to score in a single game this season and have found the net at least twice in six out of their nine matches in all competitions. Odds of 7/10 are available to back the Spaniards on scoring 2+ goals with Coral, whilst the odds on them failing to do this are 11/10.

One of the main candidates to score will obviously be Lionel Messi. The Argentine is currently the top scorer in the Champions League having scored a hat-trick against PSV last time out. He is at 5/2 with Betfred to score first at Wembley. Meanwhile, Harry Kane is the favourite from a Spurs perspective to find the net first with odds of 22/5. Former Liverpool striker Luis Suarez has scored four goals and provided three assists in his last three games against Tottenham and is available at 4/1.

Valverde only has a few injuries to deal with. Defensive duo Samuel Umtiti and Sergio Roberto are both ruled out for the trip to London. Elsewhere, Tottenham have quite an extensive injury list. Key midfielders Dele Alli and Christian Eriksen cannot be called on due to a hamstring and abdomen injury respectively. They are joined on the treatment table by Mousa Dembele, Jan Vertonghen and also Serge Aurier.