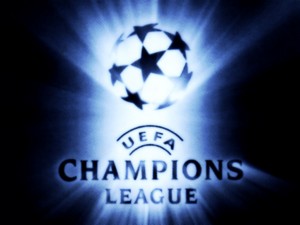 Tottenham Hotspur have a tough task on Wednesday evening as they clash with Bundesliga leaders Borussia Dortmund in the UEFA Champions League Round of 16 at Wembley.

The tie will be the fifth time that the two clubs have come together in the past few seasons, with a mix of the previous ties coming in the Champions League and Europa League. In the previous four games, both sides have claimed two wins apiece. Spurs have won the last two and can be backed at 23/20 with Betfair to make it three in a row. Meanwhile, Dortmund are at a price of 13/5 to claim victory at Wembley, with a draw sitting at odds of 5/2.

Both sides have found the net in each of the last three games with the last clash ending 2-1 to Tottenham. That eventuality is available at 8/13 with BetVictor.

One aspect that will give Dortmund considerable confidence as they head to Wembley is Spurs’ inconsistency in the UEFA Champions League. Mauricio Pochettino’s men only just managed to scrape through the group stages this year, whilst they have not gone further than the Round of 16 since the 2010/11 season. The hosts have odds of 1/1 with Paddy Power to qualify for the next round of the competition. However, since reaching the Champions League final in 2013, Dortmund have not managed to get past the quarter-finals. Lucien Favre’s men are slight favourites at 4/5 to go through.

One aspect that Spurs will have to keep a close eye on is Dortmund’s form in front of goal. The current Bundesliga top goalscorers, they possess one of the most eye-catching players in Europe this season in Jadon Sancho. The ex-Manchester City man is at 9/1 to open the scoring on his return to England. Heung Min Son is the obvious danger man from the Dortmund perspective. The forward has netted in his last three games and has scored eight goals in his last ten games in all competitions against the German giants so it is no wonder he is favourite to strike first at a price of also 6/1.

One man that the hosts will not be able to call on to find goals though is Harry Kane who remains ruled out with an ankle injury. He is joined on the sidelines by Dele Alli, Ben Davies and potentially Danny Rose. However, both Erik Lamela and Eric Dier have returned to training so could be available. Elsewhere, Dortmund will be without key man Marco Reus having suffered a thigh problem. Star striker Paco Alcacer is also out with a shoulder injury and is joined on the treatment table by Julian Weigl and Lukasz Piszczek.