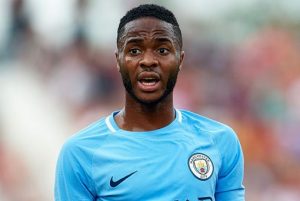 European and Spanish reigning champions Real Madrid are said to be preparing an ambitious transfer plan for next summer which will see Los Blancos redefine their struggling squad.

Real Madrid president Florentino Perez is expected to sanction a string of high-profile departures with Gareth Bale and Karim Benzema expected to become shipped away during summer and Los Blancos chief operator is looking to add quality replacements to raise the squad quality level.

The former Liverpool starlet has endured mixed fortunes at Citizens ever since his arrival in 2015. Pep Guardiola did well to upgrade his style of play and bring the best out of the England international this season.

Sterling is currently the fourth top scorer in the Premier League with 15 goals on his tally. He also added another five to bring his total number of goals to 20 in all competitions this term.

Additionally, he contributed with 10 assists which makes his overall influence to club’s cause more than respectable.

Despite his fantastic exploits this campaign, Raheem Sterling has yet to renew his contract with the Citizens which leaves plenty of room for transfer speculations. The 23-year-old winger still has two years to run on his current contract at City but negotiations over a new deal have yet to begin.

Real Madrid have reportedly been alerted by Sterling’s current situation with reports from Spain claiming that Zinedine Zidane is a huge fan of the winger.

Manchester City play Arsenal on Sunday in the Carabao Cup final and Raheem Sterling is expected to play a part as Citizens fight for their first piece of silverware this season.