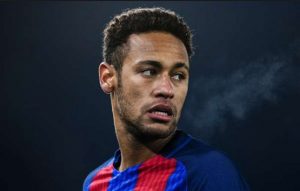 Brazilian star Neymar is refusing to attend pre-season training with Paris Saint Germain, according to reports.

Suggested by Spanish publication Sport, the Brazilian has told his current employers that he will not be present for the Ligue 1 club’s preparations for the 2019/20 season, amidst rumours surrounding a potential move to his former club Barcelona. Thomas Tuchel’s men are reportedly set to report back for action on the 8 July but the 27-year-old will not be present.

There have previously been suggestions that Neymar is not content in the French capital and is edging for a move back to the Camp Nou. He previously left Barcelona just two seasons ago for a deal worth approximately €200m. He has been in sparkling form with PSG having made 58 appearances in all competitions, scoring 51 goals and assisting a further 29.

He did have to deal with a lot of injury problems throughout the current season though. He missed 16 league games in total through injury and was also ruled out of the entire Copa America tournament with Brazil as he struggled with an ankle problem.

Barcelona are the clear favourites to be Neymar’s employers following the close of the summer transfer window at a price of 2/5 with Paddy Power.