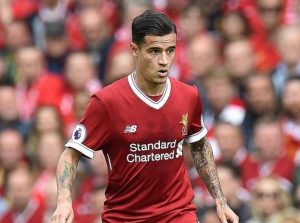 It is being reported that French heavyweights have been informed that Neymar is no longer happy with Kylian Mbappe and his role at Paris Saint-Germain and that the Brazilian star is urging on his employers to bring Philippe Coutinho from Barcelona.

PSG have only triggered the option to turn Kylian Mbappe’s loan deal into a permanent deal this winter after paying AS Monaco a whopping €180 million, but the most recent news claim the French talent could be on his way out of the Parc des Princes.

Having firs broken on to the football scene last year with 26 goals in all competitions for AS Monaco, Kylian Mbappe continued his rise to football prominence with further 16 goals and 11 assists for PSG this season.

Neymar is reportedly worried that the highly-rated youngster could go on to scupper his chances of becoming the world’s best and is pushing to get him out of his way in Paris.

Neymar is suspected to be a player who enjoys a special treatment at PSG but the latest rumours go that far as to suggest the Brazilian is now refusing to pass the ball to Mbappe if that would create a goalscoring opportunity for the Frenchman.

The report from El Pais now reveals that PSG president Nasser Al-Khelaifi is currently thinking about an idea of using Kylian Mbappe as a bargaining chip in order to convince Barcelona to do a swap deal with the French heavyweights that would supposedly involve Philippe Coutinho moving to Paris.

Coutinho has only moved to Camp Nou in January in a £142 million deal from Liverpool and has recently revealed ‘he would not have left Liverpool for any other club than Barcelona’.

At this point it seems unthinkable that PSG could pull off such an audacious move but – on the other side – the similar had being said for Neymar ahead of his move to Paris.