Mario Balotelli to have Marseille medical 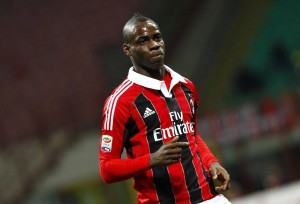 Reports have suggested that former Manchester City striker Mario Balotelli is set to have a medical with Olympique Marseille ahead of his move from OGC Nice.

Sky in Italy suggest that the Italian will undergo his medical on Wednesday and is close to penning a deal with Rudi Garcia’s men that will be worth approximately £2.7m over the next six months.

Balotelli, now 28, has been told by Patrick Viera that he is free to leave his current club after a wretched run of form that has seen him fail to score at all in Ligue 1 this season. Despite that, the Italian still has an excellent record for the club having plundered 43 goals in 76 appearances. However, he has not been included in a single match-day squad since early December.

If the move goes through, it would be another chapter in the now rollercoaster career of the striker. Marseille would become his sixth professional club having taken in spells in England with Manchester City and Liverpool, periods in Italy with Inter Milan, AC Milan and also minnows AC Lumezzane.

Elsewhere, Balotelli’s potential future employers take on Lille in Ligue 1 on Friday evening. They can be backed at 6/5 with William Hill to claim victory on the night.