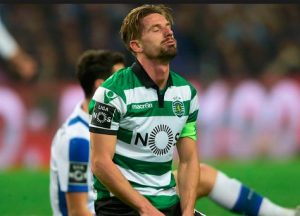 Almost three weeks have gone since the summer transfer window got closed but the future of Leicester City’s £22 million acquisition has been left in limbo after Foxes missed the transfer deadline by unbelievable 14 seconds.

Leicester City officials failed to submit papers in time to register the Portuguese midfielder on Deadline Day and FIFA initially rejected their approach to have former Sporting CP man registered for the new season.

However, there’s been a new development in the case as it appears that world’s governing body accepted the Foxes’ appeal. Leicester’s lawyers have been busy building the case but according to sources close to the deal, Adrien Silva’s move to Leicester City has now been given a nod and Foxes are set to receive an important boost at crucial time.

Joining the team as a direct replacement – and hopefully an upgrade – to midfielder Danny Drinkwater who joined Chelsea in a £30 million transfer Deadline Deal, Adrien Silva could play his competitive debut for Leicester City this week.

Leicester City are playing Liverpool in the third round of the League Cup on Tuesday and are available at whopping 3/1 betting odds to see off the out-of-form Reds at the King Power Stadium.

The Foxes are expected to announce the Adrien Silva signing early this week.