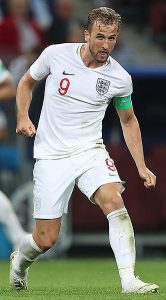 England captain Harry Kane has admitted that he has been left ‘hurt’ by a difficult week that saw him knocked out of both the Champions League and Nations League.

He had managed to reach the UEFA Champions League final with Tottenham Hotspur, with the North Londoners succumbing to a 2-0 defeat to Premier League rivals Liverpool. Meanwhile, the Three Lions also fell to the Netherlands in the Nations League semi-finals in Portugal. The forward admitted that the pain of both eliminations is severe, but something that he will learn from.

Talking to Sky Sports, he said: “It hurts, it hurts a lot. Of course, this week could have been so different and as a professional athlete that is all you dream about, you dream about lifting trophies and winning games.

“So it will hurt over the summer, it isn’t something you can just clear out of your mind but I think it is important, not just for me but the lads who have had tough years, to refresh as much as possible with their mind and their body.

“Then of course it comes thick and fast and before you know it we will be in the Premier League again and we will be talking again.

England now have the chance to get back to winning ways as they take on Switzerland in the third-place playoff on Sunday. Kane is at 16/5 with Paddy Power to score the opening goal of the game.