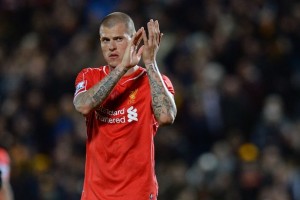 The first Premier League action of 2016 takes place at the Boleyn Ground where West Ham United face Liverpool, with both sides looking to keep themselves in the race for European qualification.

Slaven Bilic’s side are unbeaten in their last six league games though their win over Southampton on Monday afternoon was their first victory in that run.

They currently sit in eighth place though another triumph here would see them move, if only temporarily into fifth place and to within just seven points of league leaders Arsenal.

The Hammers are boosted by the return of Dimitri Payet, who is set to be in a matchday squad for the first time in two months following an ankle injury.

Aaron Creswell faces a late fitness test ahead of kick-off while the game comes to soon for Nikica Jelavic, Winston Reid and Victor Moses despite all three being back in training.

Jurgen Klopp’s men go in to the game on the back of back-to-back 1-0 victories, and begin the weekend in seventh place, a point above their opponents.

Daniel Sturridge is available, though captain Jordan Henderson has suffered a setback on his return to fitness and misses out along with James Milner and Divock Origi.

Sturridge is joint favourite to open the scoring with Christian Benteke, with each priced at 6.0 (5/1) with a number of bookmakers.

West Ham took the points when the sides met at Anfield back in August, while they also won the last meeting between the sides in East London, scoring three times in both of those victories.