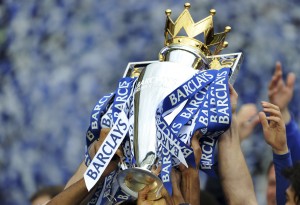 The fixtures for the forthcoming Premier League season have been announced, with the first set of games scheduled for the weekend of the 16th August.

Champions Manchester City begin their title defence at St James Park against a Newcastle United side that lost eight of their last ten games of last season, but still achieved a top-half finish.

Liverpool, who finished two points behind City, will hope to hit the ground running as they host a Southampton side who this week announced Ronald Koeman as Maurico Pochettino’s replacement.

As they did last season, Chelsea begin against a newly promoted side this time taking on Burnley at Turf Moor while Arsenal host a Crystal Palace side that finished last season strongly.

Louis van Gaal’s tenure as Manchester United begins as David Moyes’ did, against Swansea City though the Dutchman begins at Old Trafford.

Everton also begin at home with the visit of Championship winners Leicester City, while Tottenham Hotspur, under the guidance of Pochettino for the first time, face West Ham United at Upton Park.

Manchester City are joint favourites finish in first place once again at 3.0 (2/1) with Coral, while Chelsea are available at the same price with a variety of firms.

Then come Manchester United, who can be widely backed at 7.0 (6/1) with Liverpool an 8.0 (7/1) with Bet Victor to go one better and clinch the title, twenty-five years after their last league triumph and Arsenal a 12.0 (11/1) chance with Sky Bet.

Burnley are favourites for relegation, with most bookmakers offering a price of 1.57 (4/7) for the Clarets to make an immediate return to the second-tier, followed by fellow promoted clubs QPR, widely available at 3.0 (2/1) and Leicester at 3.5 (5/2) with Bet Victor.