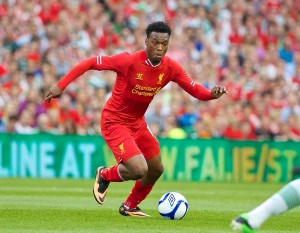 Sunday’s Premier League action kicks off at Anfield where last season’s runners up Liverpool host a Southampton side beginning life under the stewardship of Ronald Koeman.

Brendan Rodgers’ side finished just two points behind champions Manchester City last season, scoring 101 goals on route and losing just twice in front of their own fans though one of those defeats came against the team they face in this, their opening game of the campaign.

Dejan Lovren, who scored the winner for Saints on Merseyside last September, is in line to make his Liverpool debut along with fellow ex-Saints man Rickie Lambert though Adam Lallana misses out through injury, as does Lazar Markovic, Joe Flanagan and Daniel Agger.

Southampton were very much the surprise side in the top flight last season finishing just two places of a European qualification place in eighth position.

However, their success came at a price with a number of their star performers being snapped up by some on the Premier League’s big hitters so no less than six players are in line to make their debuts for the club.

Fraser Forster, Shane Long, Graziano Pelle, Dusan Tadic, Ryan Bertrand and Saphir Taider are all set to feature though Florin Gardos is injured along with Jay Rodriguez, who is still some way of a return to fitness.

Long, who will be turning out for his third team in twelve months, is 13.0 (12/1) with Bet Victor to open the scoring, with Pelle available at the same price with the same firm.

Ten of Liverpool’s sixteen home wins last season came with both teams scoring in the game, so you may want to take advantage of Ladbrokes offer of 3.1 (21/10) for that to be the outcome this time around.