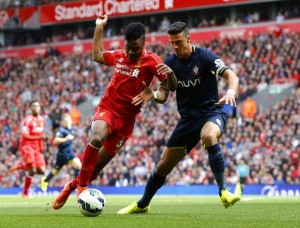 High-flying Southampton will be looking to prove their former players Lallana, Lambert and Lovren wrong the Saints host their new club in a top 4 six-pointer at St Mary’s.

The Reds seriously boosted their Champions League hopes with a string of very good results, but they need to win this game as well if they want to catch their top 4 rivals.

Many believed that Southampton would not be able to repeat last season’s performances any time soon, especially having sold almost all key men in the summer.

But, the Saints did brilliantly to recruit excellent replacements while new boss Ronald Koeman quickly rebuilt his squad and got the team playing even better than last term.

As a result, Southampton are now regarded genuine top 4 contenders and it’s been a while since they last sat outside the Champions League positions.

The reality is, however, that their recent performances have been far from impressive, with just one goal scored in last three league matches not exactly the best way to enter the crunch tie against Liverpool.

Even so, with two important players back to the side, you should know the Saints have been made 2.55 (14/9) favourites to claim maximum points.

Morgan Schneiderlin and Shane Long are back in contention as is youngster Matt Target, having recovered from a head injury.

With Luis Suarez leaving and Daniel Sturridge missing the start of the season, Liverpool experienced all sorts of problems in the opening exchanges.

At one point it looked as though their top 4 challenge was effectively over, but the Reds then impressed to revive their Champions League hopes.

The bright run started just before the hectic festive schedule, with Liverpool going on to win six and draw two of next eight league matches.

The impressive 3-2 victory over in-form Tottenham saw them close the gap behind their top 4 rivals to four points and they are now 3.20 (11/5) to see off Southampton and further improve their league position.

While Daniel Sturridge has returned into action, fellow international Raheem Sterling is expected to be recalled to the starting line-up.

Captain Steven Gerrard has, however, failed to recover in time and he joins Lucas Leiva, Brad Jones and Jon Flanagan on the sidelines.