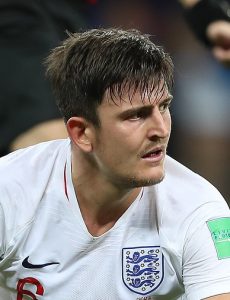 Leicester City defender Harry Maguire says he is keen to forget his failed summer switch to Manchester United and focus on his football with the Foxes.

The England man was the subject of considerable interest from Jose Mourinho, who was keen to bolster his defensive options at Old Trafford. It has been reported that the Red Devils lodged a £75m bid for the 25-year-old that was rejected the hierarchy at Leicester.

Claude Puel’s men instead insisted that he was not for sale. Maguire admitted that there was interest but was content with the Foxes’ decision to keep him at the club and is looking forward to the season ahead.

Talking on Match of the Day, he said: “There was obviously a little bit of interest.

“The owners spoke with me and reiterated I wasn’t for sale at any price.

“I respected their decision because they gave me the chance to come to Leicester and play for such a great club.

“I just want to get my head down and get on playing the season for Leicester.”

The defender was talking after he scored an excellent, late winner as the Foxes came from behind to beat Southampton 2-1 at St Mary’s.

They are next in action on Tuesday evening against Fleetwood Town in the Carabao Cup. Maguire is priced at 14/1 with William Hill to open the scoring.