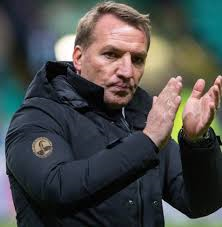 Brendan Rodgers believes European football could come too soon for Leicester City should they secure their place in the UEFA Europa League ahead of next season.

The East-Midlanders currently sit in seventh place in the Premier League table, a position that could potentially be enough to see them earn their place in Europe next season should Manchester City win the FA Cup.

Should they remain in the current position, Rodgers has suggested it would be a challenge that his squad would relish despite their potentially being some problems.

Talking ahead of Leicester’s clash with West Ham United with Leicestershire Live, he said: “There’s an argument for and against it.

“You could say it would come too early for us, especially when we trying to create something, but it’s always difficult to turn it down if the opportunity is there.

“At the moment it looks like nobody wants it. We lost on Friday and everybody around us lost as well, but our job is to finish the season as strong as we can.

“If that takes us to seventh, great, and then we’ll embrace the challenge next season, whether we are in Europe or not.”

Of course, Leicester have recent pedigree in Europe having reached the quarter-finals of the UEFA Champions League during the 2016/17 season. They were eventually eliminated by Spanish giants Atletico Madrid.

The Foxes are at 13/10 with bookmakers William Hill to earn victory against the Hammers at the weekend.