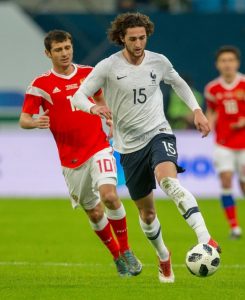 Paris Saint Germain midfielder Adrien Rabiot has rejected the offer of a new contract, according to reports.

As per Spanish publication Mundo Deportivo, the Frenchman has rejected a third offer of a new deal from the current Ligue 1 champions thought to be worth in the region of £6.4m. He is out of contract in the summer so would be able to discuss the prospect of a deal with a foreign club in January and would be able to sign a pre-contract agreement. Spanish giants FC Barcelona are one of his admirers according to the report.

Rabiot, 23, came through the youth system at the Parc de Princes, making his breakthrough into the first team during the 2012/13 campaign. Since then, he has made 217 appearances for the club and has scored 23 goals as well as providing 16 assists. Rabiot also got his chance with the French national team and has gone on to make six appearances for Les Blues.

Rabiot can be backed at 13/1 with BetVictor to net the first goal in PSG’s clash with Red Star Belgrade in the UEFA Champions League on Wednesday evening.