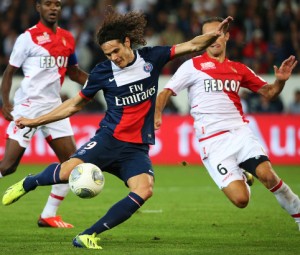 After pipping Monaco to the Coupe de la Ligue trophy, Paris Saint-Germain will attempt to beat their league rivals to a place in the Coupe de France final.

Ligue 1 leaders, on the other hand, hope to get revenge for said defeat and show the Saints they are no longer the team to beat in France.

Paris Saint-Germain had largely dominated domestic competitions in recent years, but their next opponents are seriously threatening to knock PSG off their perch.

The Saints may be level on points with Ligue 1 leaders Monaco, but it is the Principality club that have a game in hand, meaning the title is slowly slipping out of their grasp.

PSG did well to defeat their rivals on Coupe de La Ligue final, recording a 4-1 triumph, but they could face a much tougher task this time out.

Nevertheless, the Saints also head into the high-profile game high on confidence having won each of their last fixtures, responding well to the unexpected Champions League exit.

Unlike his Monaco counterpart, Unai Emery doesn’t plan to make too many changes to the starting line-up, although several regular starters will be recalled.

The good news is that Adrien Rabiot has recovered from injury, but Layvin Kurzawa and Javier Pastore both miss out.

Monaco are enjoying an incredibly successful season that is likely to end with the club lifting the Ligue 1 trophy, while the Champions League title is not too far either.

Having played some amazing football throughout the season, everybody agrees that the Principality club deserve everything that has been happening to them.

With important games coming thick and fast over the next few weeks, Monaco boss Leonardo Jardim has confirmed that he will field a severely weakened side in the Coupe de France semi-final.

The Ligue 1 title chase and Champions League semi-final tie against Juventus obviously have the priority at the moment, so no wonder PSG have been made 1.33 (1/3) favourites to win on Wednesday.

Benjamin Mendy and Djibril Sidibe will be some of the players expected to miss out, while Radamel Falcao, Bernardo Silva and Fabinho are unlikely to play either.

This will be a good opportunity for talented youngster such as Irvin Cardona and Abdou Diallo to gain some much needed playing time.