Tuchel unsure on Cavani fitness ahead of Lille clash 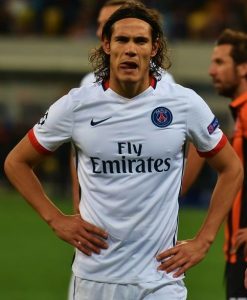 Paris Saint Germain manager Thomas Tuchel has revealed that he is unsure if forward Edinson Cavani will be fit in time to face Lille OSC on Friday.

The Parisians face a top of the table clash with their visitors. Both teams are currently sitting first and second respectively in Ligue 1. However, Tuchel’s men could be without the services of Uruguayan forward Cavani as he continues his return from injury. He missed the last league game, a 2-0 victory over Olympique Marseille.

Talking ahead of the Lille clash, Tuchel said: “With Cavani, we will wait for today’s training to make a decision.”

The 31-year-old striker has enjoyed a positive start to the new campaign in a PSG side currently eight points clear at the top of the table. The four-time French champion has scored six goals and provided three assists in ten games in all competitions. However, he has not scored in his last two league games.

With Cavani all-but ruled out for the game, current Ligue 1 top goalscorer Kylian Mbappe is one of the favourites to open the scoring against Lille. He has already scored ten goals in the league so far this season and can be backed to add to that with the first strike at 3/1 with Paddy Power.