Roma in talks with Liverpool over centre-back Lovren 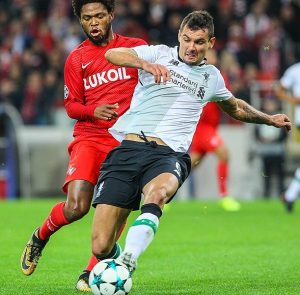 AS Roma are reportedly in talks with Liverpool over the signature of centre-back Dejan Lovren.

According to Sky Sports, the Serie A outfit are in negotiations with the European Champions to sign the Croatian defender. Whilst a transfer fee is yet to be agreed on, the deal looks to be straightforward with Reds’ boss Jurgen Klopp allowing Lovren to leave for regular football. Personal terms are also not thought to be a problem. The Reds are reportedly set to ask for approximately £15m for the defender.

Lovren joined Liverpool in the summer of 2014 in a big-money move from Southampton. After impressing on the South Coast, he has produced a few inconsistent performances at Anfield, never really establishing himself as first choice at the club. Nonetheless, he has gone on to make 170 appearances for the Reds, scoring seven goals. One of his strikes was a memorable one in a 4-3 comeback win against Borussia Dortmund in the 2015/16 UEFA Europa League.

Elsewhere, Klopp’s troops are back in European action on Wednesday evening as they face Premier League rivals Chelsea in the UEFA Super Cup. Despite negotiating an exit from the club, Lovren can still be backed to score the opening goal of the game at a price of 40/1 with Betfred.