Naby Keita potentially out of Liverpool’s clash with Bayern Munich 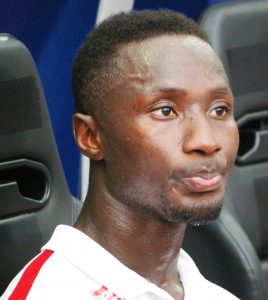 Liverpool midfielder Naby Keita could potentially be ruled out of the Reds’ decisive UEFA Champions League clash with Bayern Munich on Wednesday.

Jurgen Klopp’s men travel to the Allianz Arena in midweek having drawn 0-0 in the first-leg at Anfield nearly three weeks ago. Liverpool are now highly fancied to progress to the next round of the competition but will have to do it without midfielder who missed training on Tuesday afternoon ahead of flying out to Bavaria.

The Guinean has found it tough in England since a big-money move from Bundesliga outfit RB Leipzig in the summer. He has made 27 appearances in all competitions so far this season, only providing one assist in that time.

Keita has also only started one of the last five matches in all competitions but that was the prior match between the Reds and Bayern at Anfield.

Elsewhere, Klopp has a relatively clean bill of health for the trip to Germany. James Milner and Trent Alexander-Arnold took part in training, with the only absentee being Alex Oxlade-Chamberlain.

A win or at least a draw would be enough to see Liverpool progress to quarter-finals of the Champions League on Wednesday evening. A Reds’ victory is available at a price of 5/2 with Betfair, whilst a draw is at 11/10.