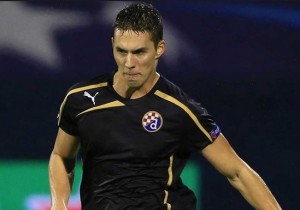 Highly rated Croatian winger Marko Pjaca has attracted plenty of interest from European sides, most notably from Serie A, with Napoli, Milan and champions Juventus all keen to sign the 21-year-old this summer.

Having received two identical offers from Rossoneri and Bianconeri, Marko Pjaca has decided to accept the offer from Juventus and is expected to finalise his move from Dinamo Zagreb in the following days, according to Sky Sport Italia.

Pjaca has been considering his options for several days now, but his final decision has apparently been made with the talented winger ready to join the Serie A champions.

Dinamo Zagreb hot shot has previously revealed he “always watched Italian football” and that a move to Serie A would be his preferred choice.

Marko Pjaca was bound to become the new player of AC Milan, but things quickly turned sour with Juventus joining the race for the Croatian starlet. Milan CEO Adriano Galliani even travelled to Croatia to meet with Dinamo Zagreb and discuss the potential deal, but it all fell dead in the water with Bianconeri also expressing their interest in the player.

The 21-year-old winger made a couple of shining performances for Croatia before they were knocked out of the Euro 2016, attracting a serious interest from Europe’s top sides.

The winger made 28 appearances for Dinamo Zagreb last season, scoring 8 goals in the process.

Juventus are preparing for a new season they are likely to head into without their star player Paul Pogba. The French midfielder is on the cusps of a world record transfer to Manchester United, but the Old Lady are nevertheless made firm favourites at the betting odds of 1.57 (4/7) @Bet365 to win the Serie A once again in the 2016-17 season.