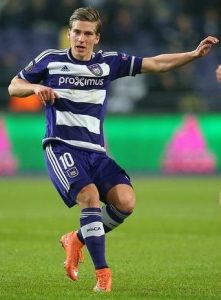 Leicester City are edging towards their fourth summer signing with reports suggesting that they are close to completing a deal for Sampdoria midfielder Dennis Praet.

Reports in The Guardian reveal that the Belgian has agreed personal terms with Brendan Rodgers, whilst the clubs are close to agreeing a deal for his signature. Meanwhile, Leicestershire Live suggest that Praet could potentially join the Foxes on-loan with an option written into the deal for a permanent transfer at the end of the 2019/20 season.

Praet, 25, has plied his trade in Serie A for the past three seasons. A hard-working and creative midfielder, the former Anderlecht man has made 106 appearances for Sampdoria, scoring four times and providing six assists.

He has also managed to accumulate plenty of European experience in his career having made a total of 26 appearances in the UEFA Champions League and UEFA Europa League. Although, he has yet to really establish himself on the international stage by earning just three caps for Belgium.

He would become the Foxes’ fourth arrival of the summer following the prior signings of James Justin, Ayoze Perez and countryman and former Anderlecht teammate Youri Tielemans.

Brendan Rodgers’ Leicester are a lot of people’s picks to break into the Premier League top six this season. The Foxes are at odds of 4/1 with William Hill to finish in the top six at the end of the season.