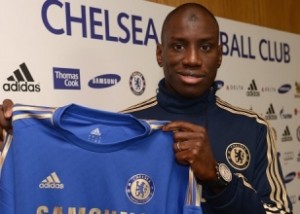 Holders Chelsea welcome Brentford to Stamford Bridge at noon on Sunday in their FA Cup fourth round replay, with a trip to Middlesbrough on February 27th awaiting the winners.

The hosts could welcome back Demba Ba, David Luiz, Victor Moses and John Mikel Obi, who all sat out of Thursday’s Europa League victory over Sparta Prague.

Rafa Benitez’s men have lost just once in nine games, and will be keen to progress in the competition after falling sixteen points behind Manchester United in the Premier League.

Only Tottenham Hotspur, Arsenal and United have lifted the famous trophy on more occasions than the Blues, who have emerged victorious in four of the last six seasons.

Brentford, who are aiming to reach the last sixteen for the first time in seven years, currently sit in sixth place in League Two, four points behind leaders Bournemouth and have lost just twice in their last fifteen games in all competitions.

The visitors have no fresh injury concerns, with long term absentees Farid El-Alagui and Kevin O’Connor the only players unavailable for selection.

Alternatively, you might want to take advantage of the 12.0 (11/1) for the League One side to be leading at half time, as they did in the original tie while the Brentford half time/ Chelsea full time outcome is 34.0 (33/1) with Betfred.

If Real Madrid win The Champions League 2013, BetVictor will refund all losing outright winner bets. Up to up to a maximum of £/€50 per person/household.

Get Your Bet Refund!
Great Asian Handicap odds for this week's matches with 188Bet. £25 FREE
We Highly Recommend These Places
Share your Opinion!