Capital One Cup Third Round Draw 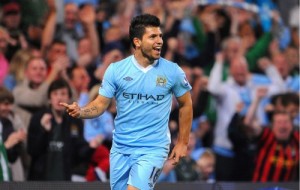 The draw for the third round of the Capital One Cup has been made, with five of the sixteen ties seeing Premier League teams facing each other.

Last season’s finalists Sunderland have been drawn at home to Stoke City, while Arsenal face Southampton at the Emirates , West Bromwich Albion and Hull City meet at the Hawthorns, Crystal Palace host Newcastle United while Roberto Martinez takes his Everton side to Swansea City – the club where he began his managerial career.

Chelsea and Liverpool have home games against Bolton Wanderers and Liverpool respectively, while there are two all-Championship ties as Cardiff City host Bournemouth and Reading travel to Derby County.

There are also two all-League One ties with Leyton Orient and Sheffield United facing off at Brisbane Road, while MK Dons reward for thrashing Manchester United is a home fixture against 2012/13 finalists Bradford City.

Holders Manchester City are joint favourites with Chelsea to go all the way this time around, with a variety of firms offering a price of 5.5 (9/2), with Liverpool a 9.0 (8/1) chance with 888 Sport.