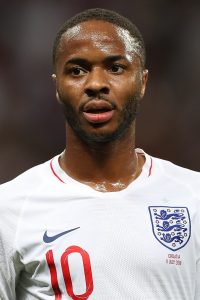 England boss Gareth Southgate has heaped praise on Raheem Sterling after watching the Manchester City man score his first hat-trick for the Three Lions in the 5-0 win over the Czech Republic on Friday evening.

The winger opened the scoring in the first-half as he was teed up by Jadon Sancho, adding two more after the break. Southgate suggested that Sterling’s instinct to find the back of the net has progressed some way.

Talking to ITV on Friday, he said: “I thought he was electric all game.

“He’s looked that way all week in training. [He was] involved in four of the goals and I’m really pleased for him, a really special night for him.

“I just think he’s really matured as a person and footballer and he’s hungry for those goals now.

“He’s determined to get into the right areas on the pitch, and the quality of his finishing; he’s hitting things instinctively, not thinking too much.”

England are back in action on Monday evening as they take on Montenegro once again in Euro 2020 qualifying action. Following their perfect start to the campaign at Wembley, the Three Lions will be after another three points. They can be backed at odds of 4/7 with Coral to win the game.