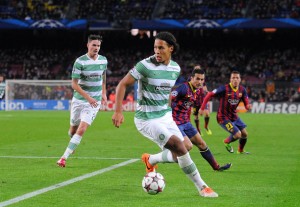 Manchester City manager Pep Guardiola has all but confirmed that he is keen on bringing Southampton defender Virgil van Dijk to Etihad Stadium.

And while manager Pep Guardiola ruled out making a move for Virgil van Dijk in January, it is perfectly clear he is looking to add the Dutch stopper to his ranks.

“Will Van Dijk come here? Next month here?” Guardiola said. “We are going to Southampton to play against them. He is not going to come here next month – because it is impossible.

“He is a Southampton player and we don’t want him now. We are going to go to Southampton to play them, that’s for sure.”

Guardiola also went on to suggest that he was hoping to reinforce full-back positions in the upcoming transfer window.

“If you ask me today (whether we will sign any new players), no. But maybe next week if we decide to change and we realise maybe we need something special maybe in one position, one more player in that position because we don’t have too much, especially in the full backs. But the other positions, we are quite happy.”

Manchester City trail leaders Chelsea seven points at the moment and they are 5/1 (6.0) chance to lift the coveted title.