Bayern not giving up hope of Sane deal 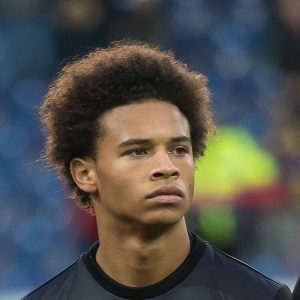 Bayern Munich have reportedly not given up hope of signing Manchester City forward Leroy Sane this summer.

The German giants have long been linked with a move for the former Schalke 04 man throughout the summer, with the wideman apparently keen on a switch back to the Bundesliga. However, Pep Guardiola’s troops have resisted Bayern’s overtures so far, instead insisting on keeping one of their key players at the Etihad Stadium.

The latest twist in the saga though see Sports Bild suggest that Bayern still hope to secure Sane’s signature this summer following the departures of Arjen Robben, Franck Ribery and James Rodriguez from the Allianz Arena.

The 23-year-old has been sensational in Manchester since joining the Citizens. In 133 appearances for the club in all competitions, he has scored 39 goals and provided a further 45. The German has also played a considerable part in back-to-back Premier League titles under Guardiola. He has also lifted the FA Cup and two Carabao Cups with the club.

Bayern have already spent a considerable amount throughout the summer transfer this year. Lucas Hernandez and Benjamin Pavard have arrived from Atletico Madrid and Bayern Munich respectively.

Sane sits at odds of 8/13 with Paddy Power to make the switch to Bayern this summer, whilst he is available at a price of 7/5 to remain with Manchester City.