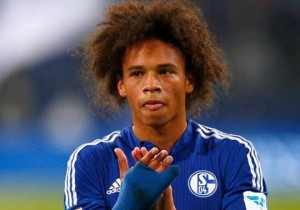 Pep Guardiola has received another huge boost to his Manchester City squad as the Citizens seem to have all but secured a deal for Schalke’s German international forward Leroy Sane.

The 20-year-old is an exciting prospect which has been linked with a move to Etihad for a while now and German paper Bild today reports that an agreement has been reached over the transfer of a Schalke star.

Leroy Sane is said to have agreed on a 4-year deal, while Manchester City will pay between €50 and €60 million for their man.

Such a fee would fullfil Schalke sporting director Christina Heidel’s wish, while it would also make Sane the most expensive German player ever.

The 20-year-old talent is an incredibly exciting prospect which has been linked with a move to Barcelona among other European giants over the past couple of months. However, Sane himself is eager to play for new Manchester City manager Pep Guardiola and has personally insisted on deal going through this year.

Leroy Sane scored 11 goals and notched up seven assists in 47 appearances for Schalke since making his professional debut in April 2014.

Manchester City are currently working on a deal for Juventus defender and Italian star Leonado Bonucci whose possible arrival would be an additional boost for Pep’s team.

Citizens are currently looking at the odds of 3.5 (5/2) @SportingBet to win the Premier League title in Pep Guardiola’s debut season.