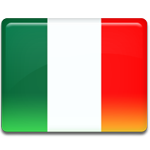 Italian Serie A may have lost some of its appeal over the years, mostly thanks to the uptrend in fortunes of English Premier League and Spanish La Liga, but Serie A bets and Coppa Italia wagers remain very popular among online gamblers. With European giants AC Milan, Inter Milan, Juventus and AS Roma fighting for the title every season, together with several smaller clubs, Italian league betting remains very popular among the sports bettors.

We have, therefore, created a page where you will be able to get expert insight into Italian Serie A betting, find out more about clubs and players in the elite division and get instant 2011/12 Serie A League Odds. The most popular free bets and betting tips can also be found on this page, so this is clearly the place to be for all Serie A lovers out there.

Serie A is the top level of Italian football league system and the competition as we now know it has been around since 1929, when a number of regional sections were merged into one league. Before 1929 the competition was organized in regional groups, but titles won during that period are also recognized by Italian Football Federation as the ones won later on.

Juventus are by far the most successful club in the competition, having won no less than 27 league titles, followed by Inter Milan and AC Milan with 18. These three clubs are also regarded as European giants and are all founding members of the G-14. Genoa, Bologna, Torino and Pro Vercelli are the other clubs with more than five Serie A titles to their name, whereas Inter are the only side that have never been relegated from the top flight.

One of the reasons why Italian Serie A is so interesting to watch is that we usually have six or seven teams fighting for the league title season after season. Massimo Moratti’s Inter are starting to slow down after winning three straight Scudetto’s, but Juventus, Milan and Roma are slowly returning to old glory days and are now considered genuine title contenders. Besides the four giants, we also have Udinese, Napoli and Lazio, the three teams that have seen a major uptrend in fortunes over the last few years, proving they can match their more illustrious title rivals.

As far as the most popular Serie A players are concerned, every one of the aforementioned sides gives at least a couple of candidates. Milan’s Zlatan Ibrahimovic and Antonio Cassano and Inter’s Javier Zanetti and Wesley Sneijder have been entertaining the crowds in Italy for quite a while now, whereas the effervescent Antonio Di Natale has got to be mentioned as well, seeing that he is still one of league’s most prolific strikers. Napoli trio Lavezzi-Hamsik-Cavani continues to impress, whereas Roma icons Francesco Totti and Daniele De Rossi have become synonymous with the competition.

With football betting going hand in hand with Europe’s most popular competitions, it is only normal that wagering on Italian Serie A is growing in popularity by the minute. The competition is not at all unpredictable, but title chasers can still be backed at pretty good odds and that is one of the reasons why sports punters absolutely love Italy’s top flight. We also have several sides that only play well at home, but cannot be recognized on the travels and it is these kinds of patterns that help the punters improve their winning chances.

Having said that, our mission will be to present you a wide array of betting options and a huge selection of the most popular betting markets, with teams and player betting something new that we have in store for you. All that you are required to do is check this page regularly for updates and hot promotions that can help you get the best value for your money.

The most popular outright bets for Italian football include: Serie A winner, top scorer and winner of Coppa Italia.