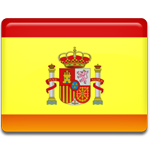 Spanish La Liga is slowly stealing the spotlight from English Premier League as the most popular league competition in the world, with Real Madrid’s recent uptrend in fortunes making the competition even more interesting. It is, therefore, no wonder that Spanish La Liga betting is extremely popular among online gamblers. The most interesting matches in Spanish elite division are constantly featured in our betting tips and previews, but this page will be all about betting on teams and players that are part of this premium competition.

The most popular la liga bets and 2011/12 La Liga Odds can also be found here, just like many other interesting facts and markets that all football betting enthusiasts should find useful. With the title race between El Clasico rivals likely to go to the wire and top 4 race and relegation fight traditionally very interesting, the odds are that you are going to enjoy your Primera Division betting.

Primera Division was established in 1929 by the Real Federacion Espanola de Futbol and the first league campaign contained exactly ten sides, including Barcelona, Real Madrid and Athletic Bilbao. These three clubs have never been relegated from the elite division, while enjoying a lot of success in Copa del Rey. It was Barcelona who won the first league championship, then it was Bilbao’s turn as los Leones won back to back titles in 1930 and 1931, before Real Madrid achieved the same feat the following two years.

The competition was interrupted in the 30s because of the civil war and when it was resumed in 1939, Atletico Madrid, Valencia and Sevilla have appeared as title contenders. During the first 30 years of the competition, the league imposed strict rules on signing foreign players, as the clubs were allowed to have only three foreigners in the squad. However, Spanish giants Real Madrid and Barcelona found a way to bend the rules by naturalizing Alfredo di Stefano, Ferenc Puskas and Ladislav Kubala, and that allowed the two clubs to begin their domestic dominance.

The Royal club dominated the competition during the 60s and 70s and then won five straight titles in the late 80s, but their fierce rivals managed to return to old glory days at the beginning of the new millennium and are now considered the best team in Spain and Europe.

With some of world’s top football clubs such as Barcelona and Real Madrid playing their football in La Liga, it is not surprising that Spain’s elite football division is held in such high regard by football pundits and fans alike. Valencia, Sevilla, Villarreal and Atletico Madrid are the usual suspects when it comes to the race for European places, but Malaga and Athletic Bilbao have seen a major uptrend in fortunes over the last few years and these two clubs are making the race for Champions League and Europa League places a lot more interesting.

Football fans all over Spain have the courtesy of watching world’s best players playing in Primera, with Lionel Messi and Cristiano Ronaldo the first names that come to mind. Xavi, Iniesta, Villa, Casillas, Kaka and Ozil also ply their trade in Primera, making the competition even more interesting.

As we have already mentioned, La Liga wagering is extremely popular in the online gambling community, even if the matches in the elite division are becoming increasingly hard to predict, thanks to the recent uptrend in fortunes of sides like Sevilla, Malaga and Valencia. Everything that you can possibly need to enjoy Spanish Primera Division betting can be found right here on FreeBetting.com, including betting tips, free bets and 2011/12 Primera Division Odds.

It is little wonder that Spanish La Liga are followed all over the world when we know that arguably world’s top two sides play in this competition, with matches between Barcelona and Real Madrid always bringing us a lot of excitement, beautiful football and fiery encounters. All things considered, betting on the Spanish Primera may or may not bring you nice profits, but you are certainly guaranteed premium entertainment