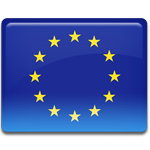 Created as a competition meant to help the big sides that doesn’t qualify for the Champions League generate extra income, Europa League have been growing steadily ever since the rebranding of the UEFA Cup. With big sides from top European clubs that miss out on Champions League qualification usually fielding weakened sides in Europe, most of the games are very evenly matched and extremely interesting to watch, with Europa League betting taking the gambling world by storm.

There is now a huge number of punters who regularly bet on Europa League football matches, since early information from teams’ camps usually allows the bettors to find at least a couple of value bets in every round of Europa League fixtures. Therefore, if you are looking to bet on who will win Europa League or simply want access to 2011/12 UEFA Europa League odds, look no further than our Europa League section.

Europa League is the natural successor of the competition previously known as UEFA Cup, and the current format was first introduced in 2009. The UEFA Cup was established in 1971, with Tottenham Hotspur beating Wolverhampton Wanderers in an all-English final. Clubs that finished second and third in their respectively leagues usually qualified for the UEFA Cup, but since 1999 and the end of Cup Winners’ Cup, domestic cup winners also enter the UEFA Cup.

As of recently, Europa League introduced higher awards for the participating teams, hoping to raise the competition’s profile, meaning that all teams are now awarded for every point they win as well as for every stage they reach. Atletico Madrid was the first winner of Europa League, whereas Porto won the title in 2011.

Created as a sort of the second tier of top European competition, Europa League format is in many ways similar to the Champions League. No less than 160 sides enter the qualifying stages of the competition, with most of the national leagues given three berths in Europa League qualifying stages. Nations ranked 7th-9th based on UEFA coefficients are awarded four places, whereas nations ranked 52nd and 53rd are given two berths. Liechtenstein is the only country that only gives one participant.

Exactly 48 teams take part in group stage, with 12 groups consisting of 4 sides. Top two sides from each group qualify for the last 32 phase, together with 8 sides that finish 3rd in their Champions League groups. All knockout stage ties are played home and away, apart from the final match.

Even if football betting enthusiasts prefer an occasional wager on Champions League, UEFA Europa League bets are offered by every respectable online bookmaker and these are very popular in the online gambling community. With sides like Atletico Madrid and Athletic Bilbao regular in the second rate European competition, it is no wonder that Europa League betting is so popular now days, but this season is likely to be the most followed ever, seeing that both Manchester United and Manchester City have been eliminated from the Champions League only to continue their European campaign in Europa League.