Zinedine Zidane suggests that he is ready to return to management 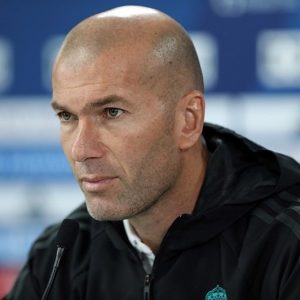 Former Real Madrid boss Zinedine Zidane has suggested that he is ready to return to management.

The Frenchman left the Santiago Bernabeu in the summer following a hugely successful time in Madrid since he was appointed manager in 2016. In his time in charge of the Spanish giants, he won three UEFA Champions League crowns, one La Liga title, two UEFA Super Cups, two FIFA Club World Cups as a well as a Spanish Super Cup. Despite that, he resigned in May 2018 admitting that he did not think he was the right man for the job.

However, Zidane has now told that it might not be time for him to return to the managerial hot seat. In an interview with Spanish broadcaster TVE, he said: “Yes, surely. Soon I will return to training because it is what I like and is what I have done all my life.”

The former midfielder has long been linked with Manchester United since his departure from Real Madrid due to the increasing pressure around Jose Mourinho at Old Trafford. He is the favourite to be named as the Red Devils’ next permanent manager according to bookmakers Paddy Power with odds of 1/1 available to back Zidane. Meanwhile, former Chelsea boss Antonio Conte is a surprise second with odds of 6/1.