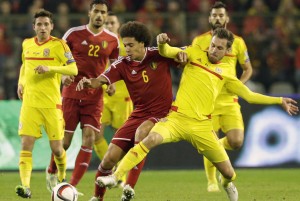 New Wales national team manager Ryan Giggs has moved to reveal that he hopes to promote young talent and build a good base for the future in his new role.

The former Manchester United star pipped Craig Bellamy and Osian Roberts to the post, with many doubting his managerial credentials.

Ryan Giggs will make his debut at the China Cup, facing China and one of Uruguay or Czech Republic in two March friendlies.

Speaking about his approach to the new job, Giggs revealed he is keen to give young footballers a chance to shine.

“It has never been a problem for me giving young players a chance,” Giggs told reporters.

“Even in my four games at United (as interim manager in 2014) I gave Tom Lawrence and James Wilson their debuts. I am not afraid to do that.

“Marcus (Rashford) was obviously someone I had seen develop and he got his chance with an injury in the warm-up.”

Wales have been made 1.80 (4/5) favourites to defeat China in the first match of the 2018 China Cup and set up a clash against either Uruguay or Czech Republic.