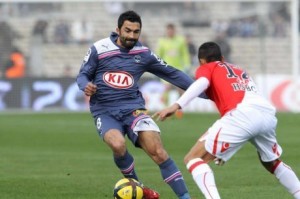 Ligue 1 leaders Monaco will be in for yet another stern test of their title ambitions when they welcome in-form Bordeaux to their Stade Louis II.

Les Girondins have climbed to fifth in the overall standings thanks to a very good run of results, but they will have much bigger fish to fry this time out.

It is easy to see that Monaco are enjoying one of the best seasons in club’s recent history, that is since lifting the last of their seven league titles in 2000.

The Principality club also impressed in this year’s Champions League, but missed a great opportunity to grab the Man City tie by the scruff of neck in the first leg.

Monaco will obviously attempt to overturn the two-goal deficit in the second match, but they first need to try and defeat Bordeaux in Ligue 1.

Les Girondins may have impressed over the last few weeks, but considering that Monaco won each of their last five home games without conceding, bear in mind they are 2.75 (7/4) to win to nil.

Head coach Leonardo Jardim has moved to reveal that star striker Radamel Falcao is a major doubt and he will probably be left on the bench or in the stands.

Bordeaux have struggled to keep up with France’s leading sides over the last five or six years, and this season seemed to be the case of same old.

However, les Girondins were able to show a massive improvement since the turn of the year and they have been constantly climbing the Ligue 1 standings ever since.

Bordeaux have only suffered two defeats in 2017, losing to PSG in Coupe de la Ligue and Ligue 1, while recording 9 wins and 4 draws.

There have been no fresh selection worries for head coach Joselyn Gourvennec, but Poundje, Sabaly and Toure remain in the infirmary.