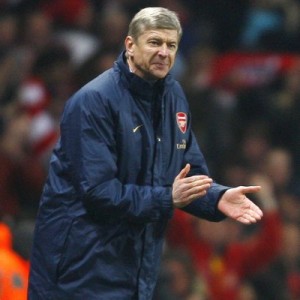 Arsene Wenger is confident his team can cope with the pressure of expectations after the Gunners have gone five years without a major trophy as the Frenchman prepares his side for the Carling Cup semi-final first leg against Ipswich.

“That we have not won the cups will not have an influence, what will be an influence is that we are two games from the final,” Wenger said.

“It (the Leeds draw) was a good warning. But we knew about Leeds before the game, it went to Manchester United and won last year and had a draw at Tottenham.

“This Leeds team has belief in the competition from last year. It was aggressive in a good way, not a negative way.”

With West Ham and Birmingham battling for the second place in the Carling Cup final, Arsenal look like the hot favourites to win the competition and finally break the curse, and odds of 1.53 (8/15) offered by Bet365 on Arsenal to win the Carling Cup seem decent enough.