Jose Mourinho ready for a summer return to management 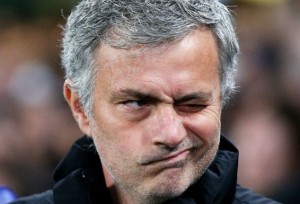 Former Chelsea manager Jose Mourinho has denied claims he had already made arrangements to take over at Manchester United, despite intense speculation linking him with Old Trafford move.

Portuguese manager has been widely tipped to replace his friend and former tutor Louis van Gaal at Manchester United helm, but Mourinho would prefer to wait until the end of the season before he returns to management.

Speaking to journalists in Singapore, Mourinho stated he would rather not take a job in the middle of the season.

Before his trip to Singapore, Mourinho was spending his weekend in Italy where he watched his former club Inter play host to Sampdoria on Saturday, prompting intense speculation that Portuguese tactician could be in line for a return to Nerazzurri.

Mourinho repeated he is yet to make arrangements over his future, adding that he is ‘happy not to have a job’ at the moment.

“I go to Milan and people say I’m going back to Inter”, he said.

In the meantime, the Inter director Bedy Moratti, sister of Massimo Moratti told Calcio Mercato in a video interview after a lunch with Jose Mourinho that Portuguese is going to Manchester United.

Jose Mourinho currently stands at 1.28 (5/18) @888sport to become the next Manchester United manager and is a firm favourite to take the position from Louis van Gaal.

Ed Woodward is reportedly ready to bring in Jose Mourinho right now, but he will have to wait until the end of the season in order to get his man to Old Trafford.