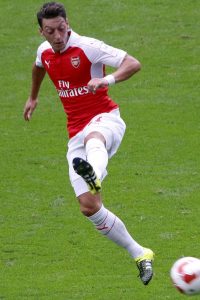 Arsenal boss Unai Emery has told that midfielder Mesut Özil is ‘very important’ to the club for the upcoming season.

The German international has drawn criticism from some quarters of the Emirates Stadium in recent seasons for some under-par performances. He is yet to get off the mark for both goals and assists in the 2018/19 Premier League season and missed Arsenal’s 3-1 victory over West Ham United last weekend through illness. Despite signing a new contract with the Gunners, his commitment with the club has also been questioned.

However, Emery confirms that Özil is a key player in North London and has no doubts over his focus with the club.

Talking to Sky Sports, the Spaniard said: “It isn’t true the news. It’s easy for me to say it’s not true, our one is true, and I need to be quiet or say it.

“For me that is one thing; I don’t stop during my career for everything that the news says about me or the players. But in this situation with Mesut Ozil it is clear, he is OK, he has the commitment we want, he is a very important player for us and we want to help him to give us the best performance in each match and each moment.”

In 199 appearances with the Gunners, he has scored 37 goals and provided 71 assists. Emery’s men are currently 66/1 to lift the Premier League at the end of the season with Paddy Power.