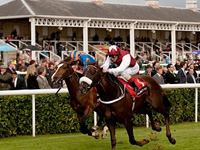 The Group One Racing Post Trophy happens to be among England’s most renowned events for horses that are two years of age. This race is being held annually at the Doncaster Racecourse in England in late October of each year. A lot of its previous winners are becoming a huge hit as they become three year olds and step up into other events. The race was first introduced in the year 1961 as the Timeform Gold Cup, however between 1965-1976, it became popular as the Observer Gold Cup. In the year 1971, it became a group one race and since 1989, the Racing Post has been sponsoring the event. Engaging in Racing Post Trophy betting is one of the activities a lot of people engage in while watching the event. Placing bets make everything more exciting and allows bettors to gain money. 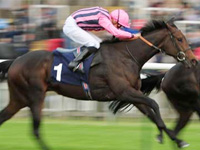 Horses race for over a mile during this event and this is regarded as the official British flat racing season's last Group One race. Four Epsom Derby finishers have been produced by this race. The most recent was in 2007 by Authorized and the others are Motivator, High Chaparral and Reference Point. Henry Cecil was the top trainer that had the most number of racing wins since he had 10. However, his last win was way back in the year 1993 with Kings Theatre. The Racecard's top runners usually participate in the Classics. This event is probably the most massive horse race that is being held on Doncaster annually next to St Leger. This basically is the mark of the Flat racing season's end for most horse racing junkies because it is the British Campaign's last Group One showpiece. Due to this fact, Racing Post Trophy betting odds have become a lot popular. Looking at the odds would provide you greater knowledge of the race.

Since the Racing Post Trophy odds only feature horses that are two years of age, a lot of horses, jockeys and trainers will be determined to step up during the next season in order for them to create a good name in the bigger events. The race is being run over a distance of 1 mile and it is similar to both the 2,000 and 1,000 Guineas. A lot of participants continue on improving their stamina in order for them to have a chance at the Epsom Derby.

This event has been known to have a massive audience which is comprised mostly of horse racing enthusiasts, bettors and those who just want to experience what horse racing is. One of the most popular things people do during this race is participating in Racing Post Trophy betting since it is a fun way of earning money. You could choose to place your bets while watching the game live on the venue or by placing it online. There are now a lot of websites that cater to online betting and all that you need to do is to find a website that is trusted by a lot of bettors and racing fans.