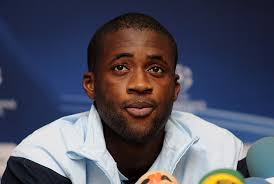 Dimitry Seluk tweeted on Tuesday evening that the Ivorian had undergone a medical in the capital and that he was ‘close to signing a new contract’.

That information ignited speculation that the former FC Barcelona man was close to a move to West Ham United but Seluk confirmed that Toure would not be moving to the London Stadium with reports suggesting he is instead closing in on a move to Olympiakos.

Capped 101 times by the Ivory Coast, Toure has been out of work since leaving Manchester City at the end of last season. In his time with the Citizens, the now 35-year-old made 316 appearances for the club, scoring 79 goals. His most impressive campaign came in 2013/14 goals as he scored 20 Premier League goals as City lifted their second Premier League crown.

He did however fall out of favour at the Etihad Stadium under Pep Guardiola, making only 10 league appearances last season. Toure has also represented the likes of AS Monaco and Olympiakos throughout his career.

He has previously been linked with a return to Greece. According to the bookies, Toure is the most likely to link up with his former club. Bookies William Hill have closed betting on Toure’s next club with most recent odds of 1/5 for the midfielder to sign for Olympiakos.