West Ham will target Wilson should Arnautovic leave for China 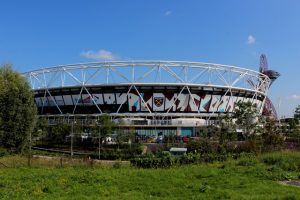 According to Sky Sports, the Austrian is of interest to Shanghai SIPG, with the player himself reportedly keen on the move. Should he leave, there are suggestions that Manuel Pellegrini would look to replace him with Wilson who has had an excellent 2018/19 season so far.

However, it would reportedly take quite a fee to bring the former Coventry City striker to the London Stadium with Bournemouth valuing his services at approximately £50m.

Wilson has been with Cherries since arriving in 2014. Despite suffering serious injury worries in recent seasons, the 26-year-old has gone on to make 138 appearances and scored 53 goals. He is also currently enjoying his most productive Premier League campaign so far having scored nine goals in only 20 games this season.

Wilson has also been linked with a January switch to Chelsea amidst Alvaro Morata’s problems in front of goal at Stamford Bridge. He can be backed at 2/1 with BetVictor to sign for Chelsea in the January transfer. West Ham are available at a price of 10/1 to be Wilson’s next club by the closure of the January transfer window at the end of the month.