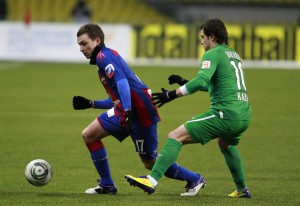 Having impressed to eliminate Dynamo Kiev in the previous stage, Young Boys will attempt to claim another major scalp and make it to the group stages.

That will be no easy task considering that CSKA Moscow have been in fine form of late after their season had started a month ago.

Young Boys fared pretty well last season, finishing the campaign as runners up to FC Basel and securing their place in the Champions League qualifying stages.

The squad didn’t suffer too many changes over the summer, with Denis Zakaria leaving and few talented youngsters arriving to the club.

That probably helped the team enjoy a bright start to the season, with Super Cup victory over champions Basel definitely serving as a major lift.

Young Boys were then beaten 3-1 by Dinamo Kiev in the first leg of the CL third qualifying phase, but they managed to overturn the deficit by scoring the second goal in the dying moments of the return leg.

Former PSG striker Guillaume Hoarau will pose the biggest threat to the opposition, while former Ajax and Benfica winger Miralem Sulejmani could be recalled.

CSKA Moscow have been regular in Champions League group stages of late, but they were made to work hard for the final CL berth in Russia.

It was the run of four successive league triumphs that saw them pip Zenit to the second-place finish, and they have since continued with good performances.

CSKA Moscow won four of first six fixtures in the new campaign to climb to fourth in the standings, but it is clear the Champions League campaign has the priority at the moment.

Following the 3-0 aggregate win over AEK Athens, the Russian side will now be vying in-form Young Boys for a place in the group stages.

Weekend’s victory over reigning champions Spartak Moscow will certainly serve as a major boost, and head coach Victor Goncharenko is unlikely to make big changes to the starting line-up.