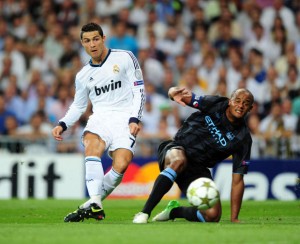 With ten titles to their name, Real Madrid head into the second leg of the semi-final clash with Man City confident of their progress to the second final in three years.

Meanwhile, the Citizens have never been in this position, but they are still very much in this tie after recording a goalless draw at Etihad Stadium.

Real Madrid are by far the most successful club in the competition, but their hunger for trophies pushes the current squad to try and repeat the feats of their predecessors.

Los Blancos eased off to the quarter-finals this term, winning all but one fixture in the process, but they were in danger of crashing out after the 2-0 loss at Wolfsburg.

Real Madrid, nonetheless, turned on the style in the return leg and the 3-0 victory proved enough to set up a semi-final date with Manchester City.

Following the goalless draw in England, los Blancos are in a good position to reach the final and they can be backed at 1.53 (8/15) to win the return leg.

There have been some very good news for coach Zinedine Zidane as Cristiano Ronaldo recovered from injury and he is set to be recalled.

However, Karim Benzema remains doubtful, but Casemiro should return to the side after shaking off a minor knock.

Even if they failed to mount a serious title challenge in English Premier League, Manchester City have done really well to turn this season into a success.

The Capital One Cup trophy appears to have given the team a major lift ahead of the season finale, and the Citizens have played some great football of late.

The weekend’s defeat at St Mary’s did damage their top 4 hopes, but manager Manuel Pellegrini had no choice but to rest his key men ahead of the trip to Madrid.

Having never previously reached the quarter-finals of the competition, the Citizens impressed to come on the verge of qualifying for the Champions League final, and no wonder the Chilean tactician is fully focused on the game at Santiago Bernabeu.

The good news is that his star player Yaya Toure should be fit to play after missing last couple of games through a thigh problem.

David Silva will miss the remainder of the season through a hamstring problem, but Kelechi Iheanacho is pushing for a start.