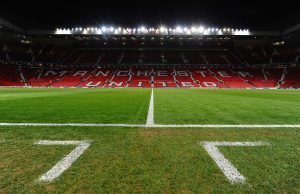 The Red Devils have not managed to reach the last-four of the competition since the 2010/11 season as they were beaten by this week’s opponents in the final. Elsewhere, the Catalans have been eliminated at this exact stage in four out of the last five campaigns but the one time that they progressed, they managed to lift the trophy. It is the Spaniards who are the favourites to progress at odds of 2/7 with Coral. Manchester United meanwhile are underdogs and available at a price of 5/2.

United’s recent record against Barcelona will not really inspire them. The two teams have met on 11 occasions with Barca winning four, drawing four and losing three. They have won their last two games against the Red Devils and are at 21/10 with Betfred to do just that once again. Elsewhere, Ole Gunnar Solskjaer’s troops are at 14/5 to get their first win against Barcelona since 2008, whilst a draw sits at 13/5.

Having said that, the Red Devils are unbeaten on home soil against Barcelona and have scored plenty of goals in the process. The last time they came together in Manchester, United earned a slender 1-0 victory courtesy of a solitary Paul Scholes strike. In four games between the two teams at Old Trafford, an average of 3.5 goals has been scored. Over 3.5 goals to be scored on Wednesday evening is available at a price of 15/8 with Betfair.

For that to happen, the high-profile players will surely have to put in some excellent performances. The current highest scorer in the UEFA Champions League this season, Lionel Messi, is obviously one of the favourites to score the opening goal with his ninth goal in the competition this season at odds of 3/1. Meanwhile, Marcus Rashford, who scored the winning goal against Paris Saint Germain last time out, sits at 8/1 to score the first goal after recovering from an ankle injury.

Elsewhere, Solskjaer could have a few key players return to action including the likes of Nemanja Matic and Eric Bailly. However, Antonio Valencia, Alexis Sanchez and Matteo Darmian all remain restricted to the sidelines, whilst Ander Herrera is a major doubt according to the United boss.

Regarding Ernesto Valverde’s men, the Catalans do not actually have too many problems. Long-term absentees Rafinha and Thomas Vermaelen will not feature.